Creating the Conditions for Shared Responsibility of Enrollment Outcomes

The study involved a purposive network sample of five SEM practitioners who were reputed for their leadership in advancing a SEM change process at medium-sized research-focused universities.

Among the many salient findings, the most surprising was that associated with question 2  that a focus on ‘service to students’ was neither a primary motivator for, nor an outcome of the SEM process.

Results from this study were intended to assist SEM professionals, particularly within research-focused universities, in their quest to align SEM initiatives with the academic mission of the institution, to foster shared responsibility for enrollment outcomes, and to engage the academic community as active participants in the process.

The primary research question under investigation was: What processes and procedures were associated with successful SEM planning processes at research-focused institutions, in which the term ‘successful’ was defined by the ability to effect positive change through active participation by academic administrators and faculty in the process? Study participants were invited to participate in a two-staged research process: a pre-interview survey, followed by a one-hour semi-structured interview. In considering that this study was about introducing change as a component of a strategic planning process, the constructs to frame the survey and interview processes were based upon an adaptation of Bryson’s (2004) ten-step Strategic Change Cycle, and the eight steps to introducing transformative change advocated by Kotter (1995) and Owen (2001). In relation to each specific stage of the strategic planning and implementation processes, the study sought more depth of understanding in answer to the following four secondary research questions:

At what stages of the SEM planning process was it most important to engage academic administrators and faculty?

There was considerable variability regarding which of the planning and implementation stages were rated of high importance. When considering high importance to be those items rated by four or more participants as a 4 or 5 on the five point Likert scale (where a rating of 1 is ‘low importance’ and a 5 is ‘high importance’), and/or items with a mean score of 4 or higher, the most important stages included only three of Bryson’s ten planning stages, and four of the eight transformative change stages advocated by Kotter and Owen, as follows:

In considering what factors may have contributed to the variation in responses, two recurrent themes emerged in the in-depth interview process that provided insight, at least in part, to this result.

What were the intended objectives for promoting academic engagement?

In many respects, the objectives articulated by the CEMs resembled Kalsbeek’s (2006) constructs associated with various SEM planning orientations (i.e., academic, administrative, market-centred, and student-focused), with one exception — a focus on students. Results from the interviews indicated that although all five CEMs articulated objectives that reflected an academic orientation, other factors relating to market positioning and/or balancing “revenue, prestige, and access” were also important, and in some cases appeared to be more significant, depending on the institutional objectives at hand.

What were the intended outcomes and measures of success?

When queried about how the academic character and values of the institution had changed as a result of the SEM planning process, the CEMs interviewed spoke most frequently to five impacts which were, in large measure, consistent with Henderson’s characterization of organizations with an EM ethos centred within the academic context (2004):

However, surprisingly none of the CEMs identified a focus on service (i.e., feature #2) as being an outcome of the change process. The lack of a student-focused orientation at the onset of the SEM planning process as discussed above, may have contributed, at least in part, to this finding.

What strategies were employed, and with what success?

Whether considered an intentional strategy or a component of the implementation process, the success of each CEMs initiative was clearly and consistently rooted in what Henderson (2004) suggested was the future of enrollment management, the ability for enrollment professionals to speak the language of the academic —with research and data. However, Kalsbeek’s assertion, that among the four planning orientations (i.e., academic, administrative, market-centred, and student-focused), it was the market-centred orientation that best aligned EM with strategic planning and institutional research, was not substantiated by this study. Admittedly, this study was not designed to test the application of Kalsbeek’s construct model. However, several factors suggested a contradictory outcome. These were: A second strategy that was recurrently referenced was the use of financial incentives tied to accountability with consequences. In particular, the process was informed, but not driven, by formula models. The engagement of the academic deans was primarily through a process of negotiation, the use of financial rewards/ consequences, and evidence-based accountability.

What were the conditions underlying the success?

Finally, in relation to what lessons they would recommend to others, eight key suggestions were made:

How relevant was the application of SEM theory to professional practice?

This study substantiated the relevance of many of the theories behind the practice of SEM. In particular, the study demonstrated that:

This study was undertaken to develop a deeper understanding of the conditions for success in building shared responsibility for enrollment outcomes with the academic community at medium-sized research-focused universities. In considering the findings from this study, the following ten questions may prove useful to SEM practitioners in their quest to reframe the SEM process from the academic lens:

A note about the research methodology

Pre-interview survey- The purpose of the pre-interview survey was to identify which of ten planning stages, using the constructs of Bryson (2004), and which of eight steps to introducing transformative change, using the constructs of Kotter (1995) and Owen (2001) were considered to be the most important in engaging the academic community in a SEM process. The identified important stages were then used as the focus for the subsequent interview phase of the research. The pre-interview survey also was intended to mitigate potential bias in the interview process, given that the researcher occupied a SEM-practitioner role.

The one-hour in-depth semi-structured telephone interview- The purpose of the interview was to probe into each of the stages rated as important in the pre-interview survey, to gain more depth of understanding. The secondary research questions established for this study were used to frame the interview process to obtain information on the specific objectives, processes, procedures, outcomes, measures of success, and the lessons learned in the process. The following chart presents an overview of the general construct of the study.

Construct of the Study

About the Study Participants

Although the criteria for the study indicated that the CEMs must have at least five years experience, all five of the CEMs had more than 20 years experience within higher education, and specifically as leaders within the field of EM. Collectively, the five participants had 100 years experience as SEM professionals.

Two of the five participants were no longer associated with the affiliated institution they used as a point of reference in the study. However, all of the CEM’s had occupied senior leadership SEM roles for at least 7 years at the affiliated institution, and during their tenure had reported directly to the Provost or the Chancellor as an Associate Provost, Assistant Provost, Vice Chancellor, or Senior Vice-President. In addition, all CEMs reported that they were actively employed in the field of SEM at the time of the study.

In relation to their affiliation with professional associations, all cited the American Association of Registrars and Admissions Officers (AACRAO) as the primary organization of affiliation among a variety of others. In addition, all CEMs reported that they were either actively sought after as conference key note speakers, SEM consultants, and/or in authoring publications on the subject of SEM.

All affiliated universities used as points of reference in this study were located in the U.S., and were classified as leading research- intensive or extensive universities, as defined under the Carnegie Foundation for the Advancement of Teaching (http://www.carnegiefoundation.org/ Retrieved July 26, 2007). The focus on American universities was purposeful. The literature suggested that the concept of enrollment management was rooted within the American context dating back to 1976, and to the work of such authorities on the subject as Jack Maguire, who was commonly referred to as the father of enrollment management (Kalsbeek, 2006). Therefore, the researcher believed that the greatest insights into how to engage the academic community in the SEM process would emanate from the American context which had the longest history associated with what the literature suggested was an emerging and evolving profession from the mid-1970’s through to the beginning of the twenty-first century (Black, 2001; Bontrager, 2004b).

About the Author: Lynda Wallace-Hulecki is a seasoned professional with over thirty years experience in higher education. In her current position at the University of Victoria in Canada, Lynda is the Registrar and Executive Director of Student Enrolment. In this capacity, Lynda leads strategic enrolment planning and chairs the university’s enrolment planning committee. Lynda also has held an enrolment management position at a four year comprehensive college in Canada, and served for twenty-three years as the director of the college’s institutional analysis and planning office. As a graduate student at the University of Nebraska-Lincoln, Lynda has focused her coursework on the evolving field of SEM, and the application of learned concepts on leadership, change management, and strategic planning to the advancement of SEM initiatives at her own institution. In November 2007, Lynda joined SEM WORKS as an Associate Consultant. 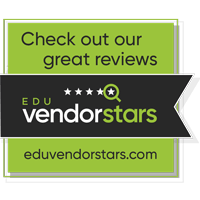